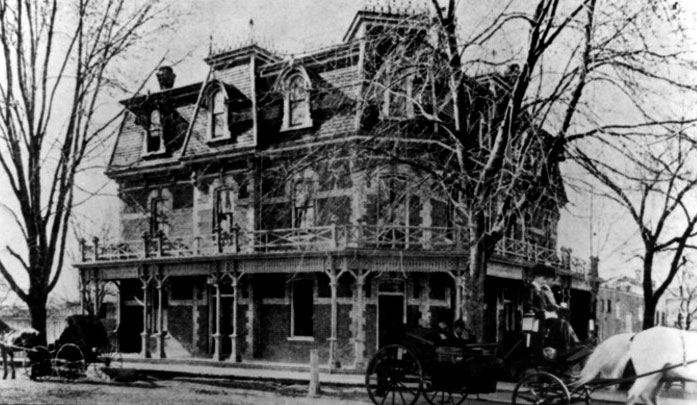 If you are tired of winter ski trips and lazy beach summer holidays, then we suggest you set off on a new type of journey and discover the culture freak and history buff inside you. In the following selection of 5 historic bed & breakfast in Niagara, you can revel in the bygone eras charming ambiance without missing out on luxury comforts.

Famed for their colorful past, historical location and stunning architecture, all of these bed & breakfasts in Niagara have their unique extraordinary stories to tell. 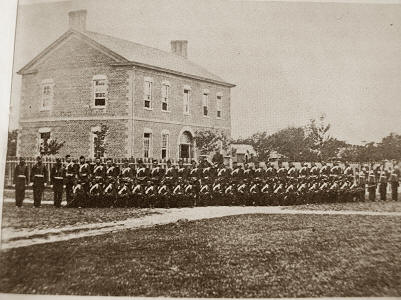 BranCliff Inn emerges as one of the finest accommodations located in Niagara on the Lake, a town known for its historic inns. Attention to detail and exquisite craftsmanship greet the guest at every turn. The structure was built in 1859 on the military grounds of Niagara-on-the-Lake and served as the first public school of the town. It had 4 classrooms, 2 on each level, and was used until 1948 when a new school was opened on King Street. At that time, it was converted into a 4 unit apartment building and changed hands several times over the years.

In 2002, the building was purchased having fallen into a state of disrepair. After a lengthy renovation, the building was transformed totally into a purpose-built six suites Country Inn. The renovations included pulling up a quarter maple flooring and the original inch and reinstalling it over a plywood subfloor. It is difficult to describe the new building with its gothic chandelier, oak-paneled dining room, and 17-foot ceilings but when you arrive in person, you’ll be more than amazed.

The Historic Lyons’ House carries a vibrant and rich history. The history of this building started in 1796 when James Clark Sr. received by patent from the Crown on a piece of property designated as Lot 193. The original house built by Clark was passed on to his son George and undoubtedly destroyed when the Americans burned the town in 1813. The story of the present house begins with the Claus family who was next-door neighbors. Colonel Daniel Claus, an Assistant Superintendent of Indian Affairs in New York was forced to flee from the Mohawk Valley during the war. After his death, a four-acre property was granted to his wife in the town of Niagara.

In 1825, Claus bought Lot 193 from George and Sarah Clark and when he died, the property was passed to his daughter Catharine. In 1833, Catharine married John Lyons. Mr. Lyons, the registrar for the counties of Lincoln and Haldimand, had opened a land agency office in Niagara in 1832. The ownership of Lot 193 was registered in the name of John Lyons in 1835 and it’s probable that the present house was built in that year. Though John died in 1814, the name ‘Lyons’ is still associated with the house. 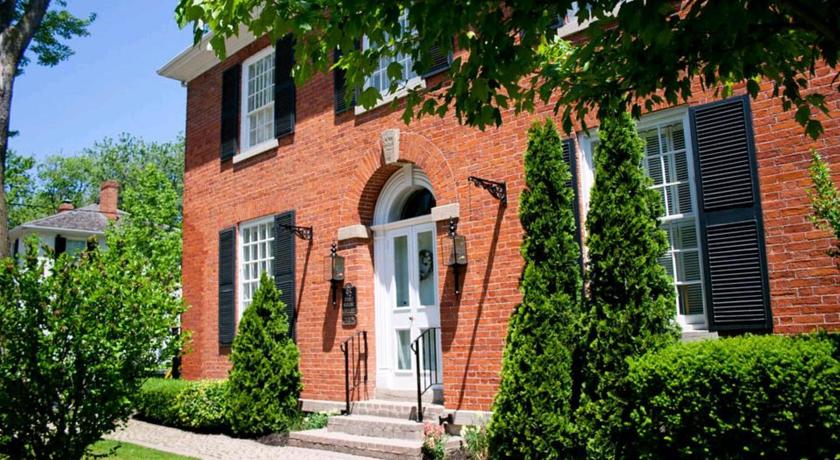 Built in 1835 by master builder James Blain, who was involved in many building projects during the early years of beautiful and scenic Niagara-on-the-Lake, the Post House served as the towns Post Office during the years in which former, Mr Connell was the Postmaster.

According to the local historical map this building is also referred to as the Blain-Lansing House and was also used for small educational instruction for local children.

Most recently, the house was used as a family residence.

Rooms have been named after the Postmaster, his wife and Mr. John Davidson; the mason and a former owner Mrs. Lansing. We invite you to step back into time to enjoy the history as well as the comforts of this regal estate.

It offers first-class service and accommodations in a location just steps from the charming and beautiful main street, trendy and stylish restaurants, waterfront, golf courses, and many theatres. The distinctively decorated rooms Post House Inn boasts sophisticated designs. Guests can relax in the sun on the pool deck, cool off in the outdoor pool, or lose themselves in a book in the library. Also, this bed-and-breakfast offers a Club Lounge perfect for leisure or business traveler – where guests can stop by for snacks, breakfast throughout the day, and cookies and milk before bedtime. 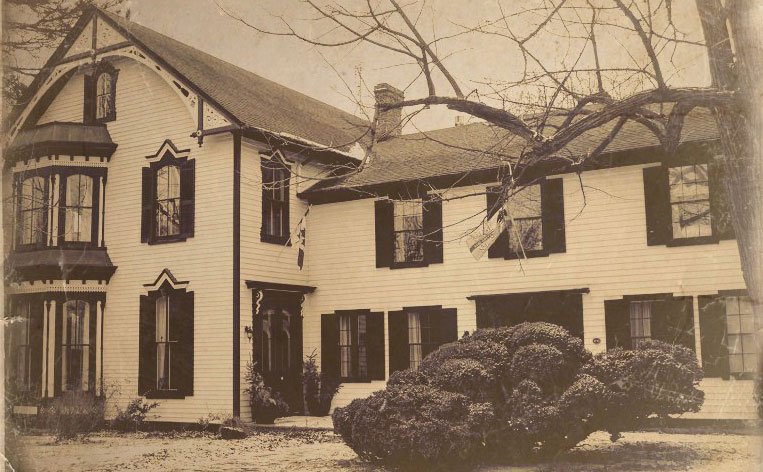 Niagara-on-the-Lake’s historic Woodbourne Inn has all sorts of tales hidden in its walls. This 1839 historically designated treasure features an acre of rare trees towering over the Georgian/Victorian Inn. The Woodbourne House – meaning wood stream and named after the Four Mile Creek which bubbles nearby, has been restored fully. The contrast of Georgian and Victorian-era architecture is still visible today at the Inn at the corner of Warner roads and Four Mile Creek. The sights, scenery, and stories at this bed & breakfast are worth a stay any time of year. 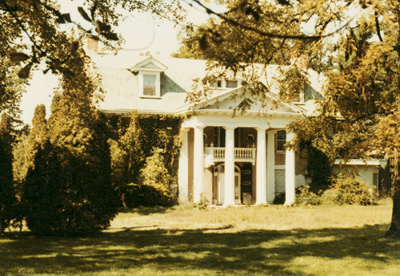 This stately 1860s Georgian mansion is among the finest houses in the Niagara region. You could easily pass the day enjoying the 17 acres of vineyards, manicured lawns and gardens, and exploring the breathtaking view of the Niagara River from the adjacent Parkway. But Riverbend’s impressive interior is equally alluring, with a rich history stretching back to some of the region’s earliest settlers. Known locally as “Oaklands” in the mid-1800s, the house became a school and home for the disabled in the early-twentieth century, and had later incarnations as an apartment building and the Afrukhteh Niagara Fine Art Gallery and Museum. In 2002 the property was purchased by the Wiens family. Under their energetic ownership a massive restoration was undertaken, adding modern amenities while carefully recreating the estate’s authentic Georgian splendour. 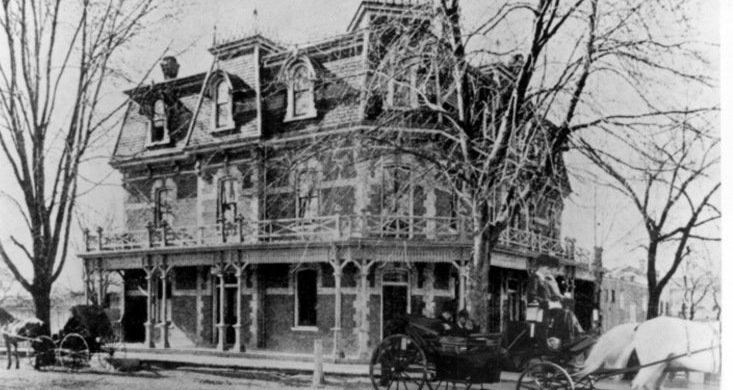 Constructed in 1864, the Prince of Wales Hotel was named in honor of the Duke and Duchess of York. The original hotel was built on Pitcon and King Street corner with polychrome brick. It features the Second French Empire’s architectural style which is very evident in its roof. In 1975, the Wiens family purchased the hotel and for the next 22 years remained with them. The family expanded and refurbished extensively to include what is now known as The Court Buildings, The Studio, and The South Wing. In 1998, another round of renovation took place at this hotel to include the real essence of Victorian charm. 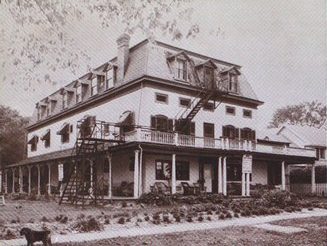 Oban inn was Captain Duncan Milroy’s private residence before the original inn was built in the 17th century. Malloy captained the last steamboat to be launched in Niagara. When Milloy died in 1871, the house was transferred to his son, Bill Milroy. Bill envisaged Niagara’s promising tourism and in 1895 turned this property into a hotel which is now known as The Oban Inn. In 1992, the original building suffered a calamitous fire. However, a replica was built at the same location.

10 Best Bed and Breakfasts in Niagara on the Lake

5 Luxury Bed and Breakfast in Niagara on the Lake