Niagara Falls facts that you will find here, general facts, the most interesting and simply amazing facts are collected for one reason only… to show you why Niagara Falls is one of the World’s Natural Wonders.

Choose one of the following categories to learn more about interesting facts about Niagara Falls:

So where is Niagara Falls located? Use the provided link for the fact about the accurate geographical location and maps of the waterfalls.

American Niagara is also hiding some great facts about these amazing waterfalls… the smaller Bridal Veil Falls is separated from the main falls by Luna Island. Luna Island is accessible via a pedestrian bridge from Goat Island.

There is an interesting fact about Niagara Falls or romantic story, how Luna Island got a name.

Niagara Falls is a great location for rainbows (or solar bows) which are made when the sunlight reflects off the Niagara Falls mist.

Over one hundred years ago, Niagara Falls was also one of the best locations for rainbows and lunar bows. A Lunar bow is a rainbow created
by the light of the moon shining on the mist created by the Falls.

In 1860 lunar bows were last reported. The best time was when the moon was full and high and the sky clear of clouds. One of the best locations to view this phenomenon was Luna Island on the American side of the river. 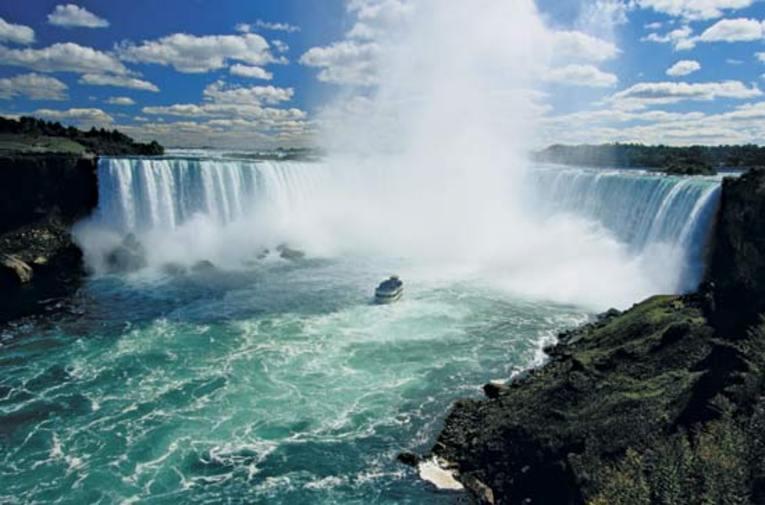 Niagara Falls is not the biggest waterfall in the world, but the fact is that it is the famous.

Niagara region is very rich in water, since it is surrounded by two lakes. Did you know that there are over 70 Niagara waterfalls, other than Horseshoe Falls, American Falls and Bridal Veil Falls?

The original Niagara Falls was near the sites of present-day Queenston, Ontario, and Lewiston, New York, but erosion of the crest have caused the waterfalls to retreat several miles southward.

Water always flows down to the sea, and the land slopes downward through the Great Lakes Basin from west to east – but the Niagara River actually flows north.

The brown foam below Niagara Falls is a natural result of tons of water plummeting into the depths below. The brown color is clay, which contains suspended particles of decayed vegetative matter. It is mostly from the shallow eastern basin of Lake Erie.

The beautiful green color of the Niagara River comes from the dissolved salts and very finely ground rock. Estimated 60 tons of dissolved minerals are swept over Niagara Falls every minute. 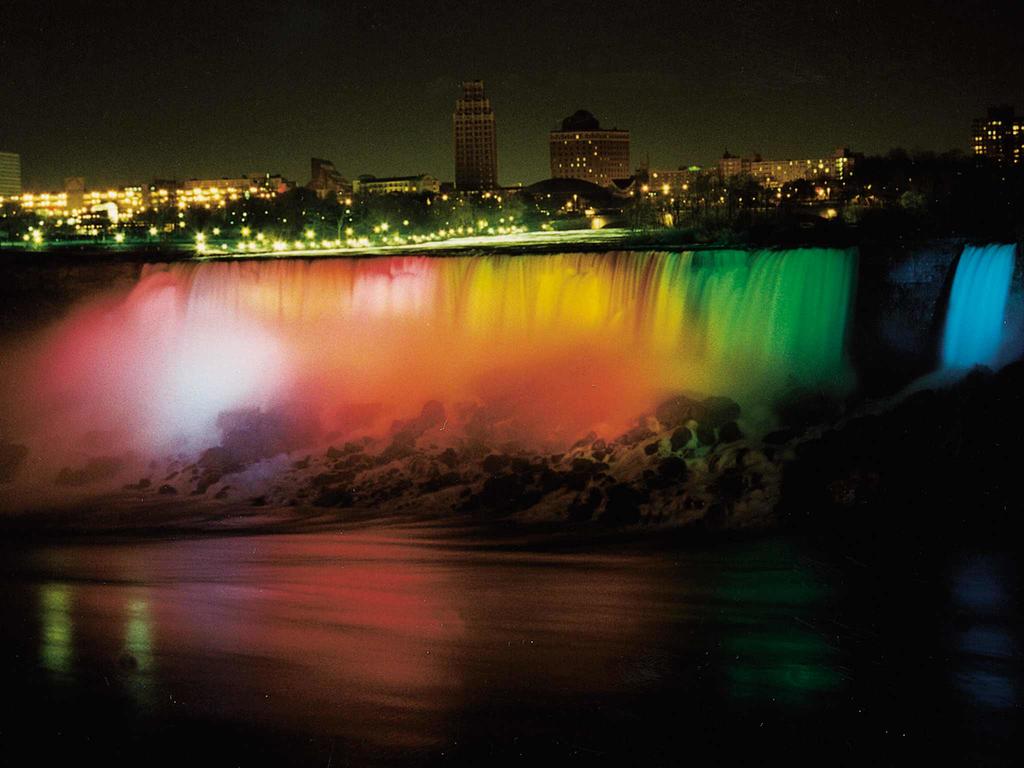 Provided info are not about Niagara waterfalls… there are some amazing facts in the neighborhood like Niagara Gorge and its famous whirlpool.

In the Whirlpool, you can see the reversal phenomena. When the Niagara River is at the full flow, the waters travel over the rapids and enter the pool, then travel counterclockwise around the pool past the natural outlet. Pressure builds up when the water tries to cut across itself to reach the outlet and this pressure forces the water under the incoming stream.

The swirling waters create a vortex, or whirlpool. If the water flow is low (water is diverted for hydroelectric purposes) the reversal does not take place; the water merely moves clockwise through the pool and passes to the outlet. Below the Whirlpool is another set of rapids, which drops approximately 12 m.

The perfect spot to see Whirlpool, and take amazing pictures, is right above it, in the Niagara Whirlpool Aerocar or Spanish Aero Car.

In March, 1848 Niagara Falls had stopped. It lasted for thirty hours. The river dried up, and the fact is that millions of tons of ice became lodged at the source of the river, causing the channel to be completely blocked.

From June to November, in 1969, the US Army Corps of Engineers completely blocked the flow of water over the American Falls. As they were doing some testing and surveys, the number of visitors significantly increased due to the rumors that Niagara Falls dried up.

The coldest months in Niagara Falls are November through March with the average temperature between -6 and 4°C.

April and October are also brisk. June, July and August are balmier, with average highs of 25°C and lows of 15°C.

We hope that reading and being familiar with the above amazing and the most interesting Niagara Falls facts combining with your visit and experience will make your Niagara story incredible.