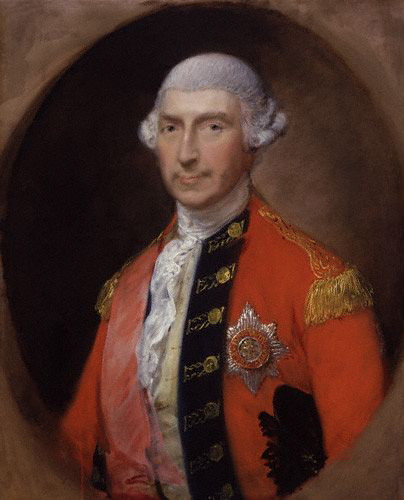 The capture of Montreal and the final defeat of France in America was the triumph of General Jeffrey Amherst. He was knighted and made Governor General of all British America. However, his quality of ruthless determination, so valuable in war, was to prove a distinct liability in peacetime. He had nothing but contempt for Indians. In spite of many warnings from Sir William Johnson, he had still to learn that in the hit-and-run tactics of the forest, the Indian was a formidable adversary and more than a match for regular soldiers.

Amherst discontinued the giving of gifts to the tribes and cut off the supply of guns and ammunition. The result was that soon many Indians were starving. French influence, still very strong in the Ohio and Illinois valleys, and the promise of a French army to help drive out the British, helped to unite the western tribes under the leadership of an eloquent Ottawa chieftain, Pontiac. Soon, the whole frontier was feeling the lash of Indian warfare.

Among the Iroquois tribes, the Seneca were the most inclined towards the French. Their discontent at British occupation of the portage at Niagara was aggravated by the fact that many of their people had been reduced to begging for scraps thrown out by the soldiers.

For many years, under the French, a group of Senecas had obtained a livelihood by carrying trade goods over the portage. The introduction of wagons by the British deprived them of their means to buy food, clothing and rum and shattered their established way of life. Discontent and resentment ran high. Under the urgings of Pontiac’s emissaries and a young firebrand chief, Farmer’s Brother, they decided to strike back against the cause of their troubles.

On September 14, 1763, a train of wagons with a soldier escort left Fort Schlosser. It proceeded slowly along the portage towards Lewis-ton, six miles away.

Two miles from Lewiston, it was passing a gully on the bank of the Niagara River gorge known as Devil’s Hole. The sounds of horses and the rumbling of the wagons were suddenly drowned out by the shrieks and whoops of Indian warriors. They leapt from the cover of the forest and the slaughter commenced. In a short time, horses, wagons, and bodies had been tumbled over the gorge and the forest was as peaceful as ever. The Indians reset the ambush and waited. The shots fired during the encounter had been heard at Lewiston and a detachment of troops was sent to investigate. They hurried along the forest path, no doubt eagerly looking for some sign of the wagon train. The Indians swooped again, re-enacting the earlier carnage. All but one or two of the detachment perished  either killed or forced over the gorge to die on the rocks below. Over 100 men were killed in the action.

After the massacre at the Devil’s Hole, and with all western forts over-run except two, with thousands of settlers killed or dispossessed and a tremendous loss of property sustained by the colonies, Amherst’s boast that the Indians were “incapable of anything serious” had come home to roost with a vengeance. He was recalled to England. His successor, General Thomas Gage, was more inclined to follow Johnson’s advice in seeking peace with the tribes.

At a massive parley at Fort Niagara in 1764 with 1700 warriors present, Johnson poured oil on the troubled waters. The Senecas ceded the land around the Niagara portage to the Crown as reparation for their part in the uprising. Two years later Pontiac, still undefeated, met Johnson at Oswego and peace was formally declared.

Johnson’s treaty at Niagara put the English in undisputed control of the portage and the all-important trade route to the Upper Lakes. With Indian interference a thing of the past, the British set about fortifying the new link in the empire. The forts at either end of the portage were strengthened and a series of blockhouses were erected along the route. At Lewiston, Captain John Montresor built an inclined tramway up the steep wall of the gorge. The tramway cut the cost of operating the portage considerably, eliminating, as it did, the time consuming and laborious job of carrying all bundles of trade goods up a steep pathway. America’s first railway thus came into being.

At the south end of the Niagara River, the first Fort Erie was hastily erected in 1764. It was to be a defence against a full scale Indian war that, thanks to Johnson’s diplomacy, never came. 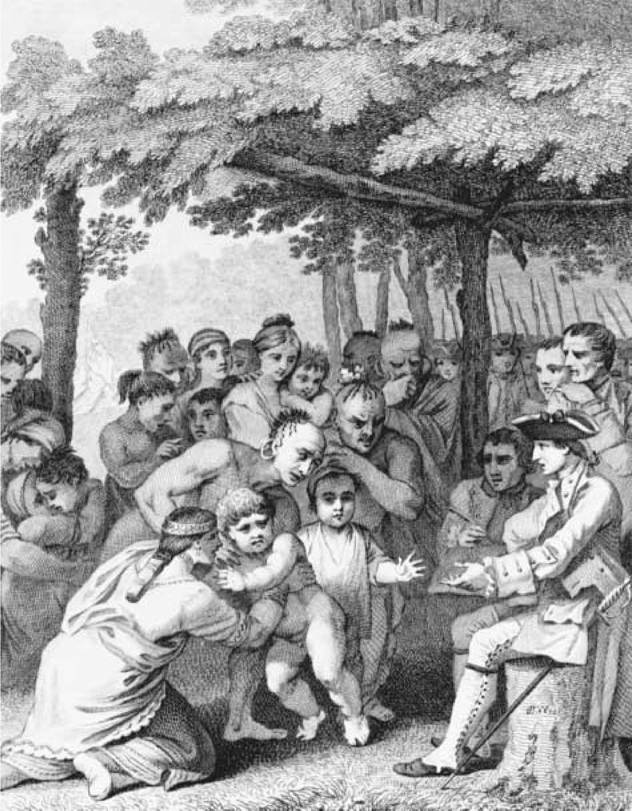 As his part of the 1766 treaty, Johnson sought to establish for his Indian friends a boundary on the Ohio River beyond which settlers and land grabbers would not be permitted to encroach on Indian lands. But it was like trying to stem a tidal wave. While Johnson made promises in the name of the Crown, the colonials quietly crossed their fingers. The colonies now enjoyed a period of unprecedented security. France was defeated in North America and the threat of invasion from the north no longer existed. The Indians to the west were pacified by Johnson’s treaties. However, the colonials were in no mood to either pay for the garrisoning of the western forts by taxes imposed in England, or brook any interference with their westward expansion beyond the Ohio River.

When the American Revolution finally came, Fort Niagara, the centre of trade and social life on the Niagara Frontier, became the scene of a much grimmer activity. It was from here that Butler’s Rangers and Johnson’s “Royal Greens” carried out raids against the colonies.

Fort Niagara also became a haven for Loyalists fleeing from the rebels. These refugees came in hundreds; the more fortunate ones brought their most valuable possessions, others were barefoot, penniless and lucky to be alive. But whatever they had lost, they still possessed fortitude, resourcefulness and an iadomitable spirit. These people became the first settlers of the Niagara Region.

One of the main contributors to the French downfall had been Sir William Johnson  certainly one of the most colourful characters Niagara has seen in its long history. Johnson came from the Mohawk Valley. His home, Johnson Hall, built in 1760, is still standing in Johnstown, New York. Here, Johnson played host to the Mohawks and other Indian emissaries; it was always open house for the White Chief’s friends. This liberality had its reward. The Indians thought of Johnson as their friend and advisor. He was an adopted Mohawk and acquired a legendary skill and understanding in his dealings with the tribes. They in turn regarded him with trust and veneration. He was the British Superintendent of Indian Affairs  and they couldn’t have picked a better man for the job. Johnson was as much at home in the Long House as in the drawing room at Johnson Hall. He formed a lasting attachment with Molly Brant, sister of the Indian leader Joseph Brant. She is referred to as his housekeeper and sometimes as his wife. She appears to have been a remarkable woman and the mother of a fairly large, Johnson-sired family. There is no doubt that she was of inestimable value to Johnson in his dealings with the Indians and he appears to have been extremely fond of her.

With the French out of the way, Johnson moved into Fort Niagara and commenced rebuilding the defences. From the council chamber in the Stone House he now held sway, through his great influence with the Indian tribes, over the affairs of half a continent. He gained the reputation of being one of the few men in the history of North America who treated the Indians with consideration and fairness. Although he died in 1774, a few months before the outbreak of the American Revolution, it was the great legacy of good will he had built up that induced most of the Iroquois tribes to fight on the Loyalist side.