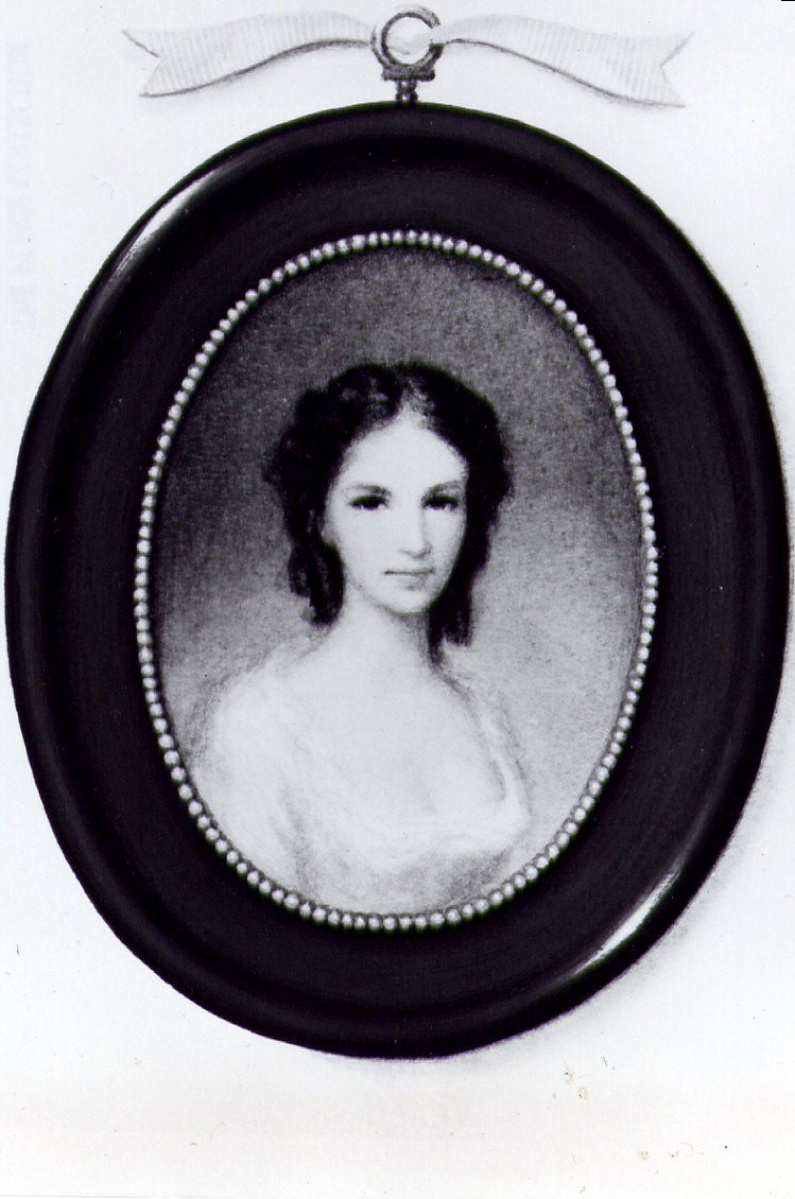 In Canada, the name Laura Secord is inextricably linked with chocolates, sweets and ice cream. But many Canadians are unaware that the famous confectionery is named for a heroine of the War of 1812.

Laura Ingersoll was born in 1775 to a wealthy Massachusetts family. Her father supported the patriot side during the American Revolution and his business prospered during the war. However after Independence, an economic depression left the family in financial difficulty. Laura’s father succumbed to the lure of cheap land in Upper Canada and moved his family across the border. Laura helped to raise her many brothers and sisters following their mother’s death.

Laura met her future husband, James Secord, at her father’s tavern in Queenston. Laura and James worked hard together and prospered. By 1812, they had five children, two servants, a modest frame house and ran a successful business selling clothing and household goods.

At the outbreak of war, James was already a sergeant with the 1st Lincoln militia. In October of 1812, the Americans attacked Queenston Heights and Laura and the family fled to safety at a friend’s house. However, upon learning that her husband was critically injured and was calling for her, Laura immediately set off for the battlefield.

In the spring of 1813, the Americans occupied the Canadian side of the Niagara River. All able-bodied Upper Canadian men were considered prisoners of war and were sent to the states. The Secords were spared this hardship due to James’s infirmity, and they were ordered to billet three American officers. One night at a dinner party for Colonel Boerstler, the commander of the American forces in Queenston, Laura and James overheard Boerstler inform his confreres that the Americans, “shall move against Fitzgibbon at Beaver Dams.”

James was still incapacitated by his shattered leg, so Laura set off on her own to warn Lieutenant Fitzgibbon of the imminent American attack. She left before sunrise and walked for eighteen hours through swamp, brush and farmland. Apart from the obvious danger of being spotted by an American sentry, Laura braved the blazing June sun and the potential hazard of wild animals. Near the end of her journey she encountered some native warriors and asked them to take her to Fitzgibbon’s headquarters. After relaying the crucial information to the lieutenant, Laura fell fast asleep.

The British forces and their native allies surprised the Americans and won the day. Had the Americans won at Beaver Dams they might have been able to take the entire Niagara region. Laura’s contribution was not public knowledge at the time because the Secord family was still living behind enemy lines and feared revenge from American sympathizers in the community.

Following the war, Laura and James filed several petitions to the government requesting either money or a government post in return for her services to her country. For many years, these petitions were ignored. Finally, at the age of eighty-five, Laura Secord received official recognition and a monetary reward from the Prince of Wales. She died eight years later in 1868.

Laura Secord is presented to the Prince of Wales

Mention the name Laura Secord and Canadians picture that woman on the chocolate boxes. Few realise that Laura Secord was a genuine Canadian heroine of the War of 1812 who, having overheard that the Americans were planning to ambush a small detachment of British soldiers under Lieutenant James FitzGibbon, set off on a dangerous 20-mile cross-country trek to warn him. Thus forewarned, FitzGibbon turned the tables on the Americans at the Battle of Beaver Dams, defeating and capturing an entire American regiment with his tiny force.

In 1860, Laura Secord, now 85-years-old and living at Chippawa Ontario, was presented to the visiting Prince of Wales – Queen Victoria’s eldest son and the future King Edward VII. Laura gave the prince this memorial:

I shall commence at the battle of Queenston, where I was at the time the cannon balls were flying around me in every direction. I left the place during the engagement. After the battle I returned to Queenston, and then found that my husband had been wounded; my house plundered and property destroyed. It was while the Americans had possession of the frontier, that I learned the plans of the American commander, and determined to put the British troops under Fitzgibbon in possession of them, and if possible, to save the British troops from capture, or, perhaps, total destruction. In doing so I found I should have great difficulty in getting through the American guards, which were out ten miles in the country. Determined to persevere, however, I left early in the morning, walked nineteen miles in the month of June, over a rough and difficult part of the country, when I came to a field belonging to a Mr. Decamp [DeCew], in the neighbourhood of the Beaver Dam. By this time daylight had left me. Here I found all the Indians encamped; by moonlight the scene was terrifying, and to those accustomed to such scenes, might be considered grand. Upon advancing to the Indians they all rose, and, with some yells, said “Woman,” which made me tremble. I cannot express the awful feeling it gave me; but I did not lose my presence of mind. I was determined to persevere. I went up to one of the chiefs, made him understand that I had great news for Capt. Fitzgibbon, and that he must let me pass to his camp, or that he and his party would be all taken. The chief at first objected to let me pass, but finally consented, after some hesitation, to go with me and accompany me to Fitzgibbon’s station, which was at the Beaver Dam, where I had an interview with him. I then told him what I had come for, and what I had heard – that the Americans intended to make an attack upon the troops under his command, and would, from their superior numbers, capture them all. Benefiting by this information Capt. Fitzgibbon formed his plan accordingly, and captured about five hundred American infantry, about fifty mounted dragoons, and a fieldpiece or two was taken from the enemy. I returned home next day, exhausted and fatigued. I am now advanced in years, and when I look back I wonder how I could have gone through so much fatigue, with the fortitude to accomplish it. 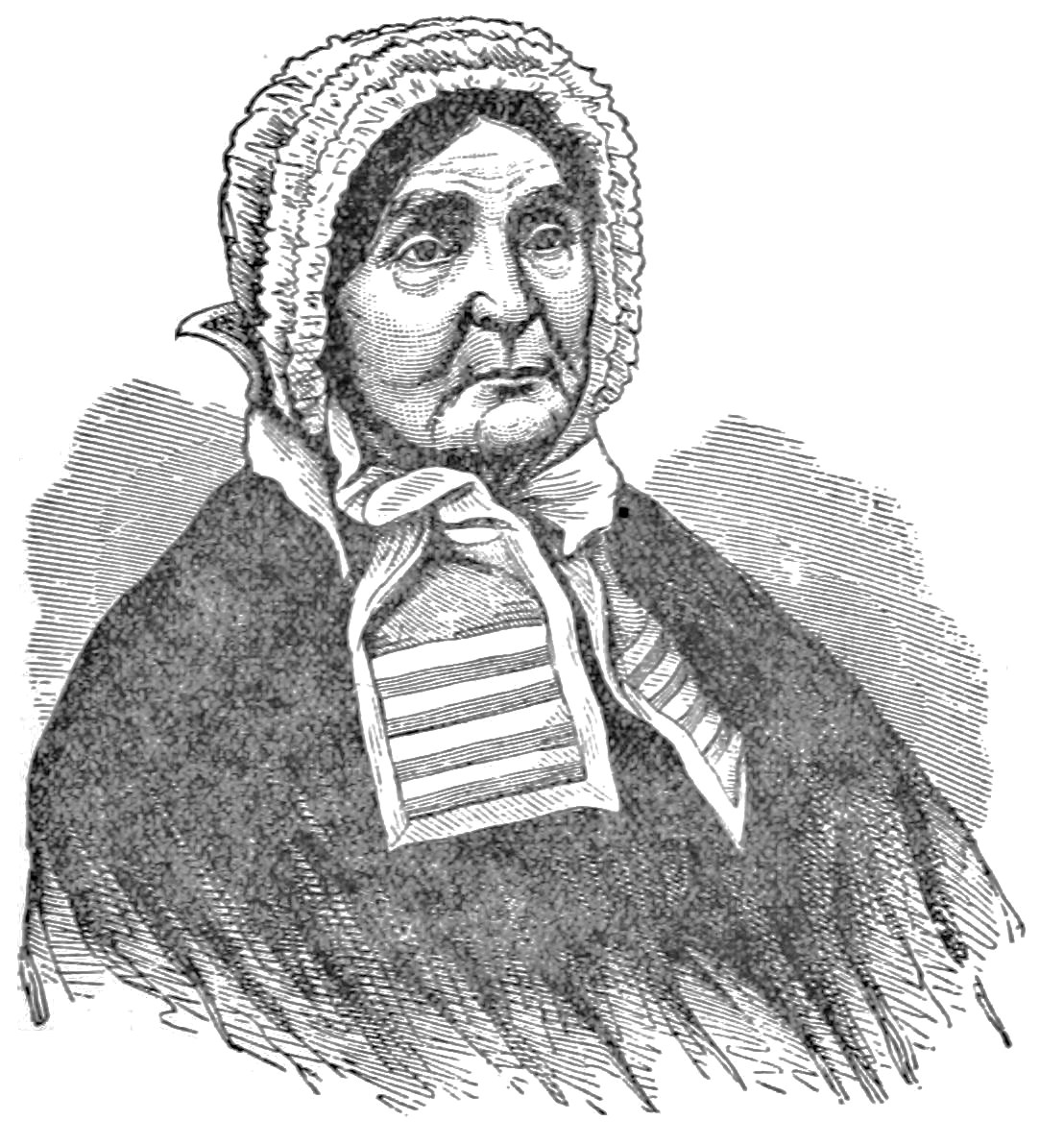 I am now a very old woman – a widow many years. A few short years even if I should so long live will see me no more upon this earth. I feel that it will be gratifying to my family and a pleasure to myself that your Royal Parent the Queen should know that the services which I performed were truly loyal and that no gain or hope of reward influenced me in doing what I did.

I request that your Royal Highness will be pleased to convey to your Royal Parent Her Majesty the Queen the name of one who in the hour of trial and danger – as well as my departed husband who fought and bled on Queenston Heights in the ever memorable battle of 13th Oct. 1812 – stood ever ready and willing to defend this Country against every invasion come what might.

The Prince went back to England, but he didn’t forget the frail Canadian grandmother who had so heroically altered the course of a war. A few months later he sent Laura a hundred pounds in gold, the only financial reward she was ever to get, forty-eight years after her deed.

A History on Canadian Wine Making