The investment in the Niagara-on-the-Lake landscape has resulted in a quality of life that is the envy of many larger and more affluential centers. The enhancement and beautification of our town has spanned many decades of growth and has been carefully guided and nurtured to produce what exists today. Not only have we enhanced our natural areas but we have also protected and honored the physical history that was left to us as a legacy. We are a living community that thrives on the rejuvenation of our resources and we consciously make every effort to work together to make the impossible happen when governments are forced to cutback their grants and funding. Our uniqueness is not static. One harmonious whole of old and new. A civilized community that is constantly revitalizing itself. It is not held down by the past nor does it fling itself at the future. It’s a progressive, traditionalist town where the old is cherished and the new meets the finest standards. It’s a place that gives back generously to the people who live and work within its boundaries. Niagara-on-the-Lake is in constant motion and brilliant balance. Superb theatre with living history. Lively tourism with tranquil farmlands. Major commercial development with restoration programs and cottage industries. Each would be less without the other. Together they are the best of everything. Many of the residents who have lived in Niagara-on-the-Lake most of their lives have a fierce pride of place and ownership of the community. This translates into a watchful, caring, determined and aggressively active citizenry who have made this town what it is today. Many of us consider it an honor and privilege to live in this Town which is surrounded by so much beauty and natural wonders. We hope that our future generations will learn by the examples we have set and will carry on the traditions of their forefathers. 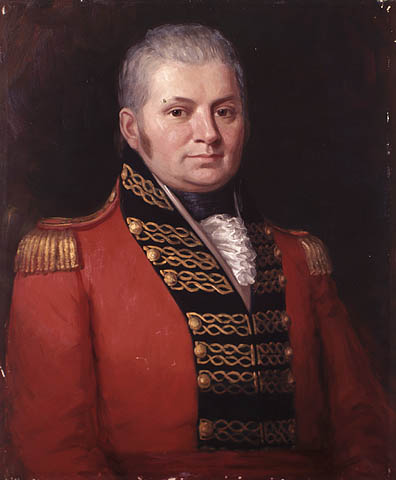 Niagara-on-the-Lake was originally called Onigahara by the aboriginal First People and this name was eventually anglicized to Niagara. In 1792, incoming Lieutenant-Governor John Graves Simcoe renamed the settlement Newark, after a town in Nottinghamshire, and it became an official British settlement and the First Capital of Upper Canada. After Lord Simcoe returned to England, local citizens restored the named Niagara in 1798 and was eventually changed to Niagara-on-the-Lake to differentiate its address for mailing purposes from that of Niagara Falls. With a profound respect and deep commitment to our historical resources, heritage management is an important component of every day life in Niagara-on-the-Lake. For the past 20 years, all heritage-related planning initiatives have had the input of the Local Architectural Conservation Advisory Committee (LACAC) that was established by Town Council in 1978 to advise and assist Council on matters relating to the conservation of heritage buildings and areas including:

LACAC is active in promoting heritage conservation within the community and advising property owners on appropriate conservation and maintenance practices. They also provide comments and advice to the Planning and Development Department on and new development proposals that are tabled. LACAC also participates in a variety of programs designed to increase awareness of our unique architectural environment. Since 1989, the Town has had a full-time heritage planner on staff to ensure that every effort is made to monitor and guide the preservation of the Town’s heritage.

The Queen and Picton Street areas of the Town are designated under Part V of the Ontario Heritage Act as a Heritage Conservation District. This unique business district includes 165 properties and comprises two types of streets cape and architecture – the historic business district and the enclosing residential area. An additional 30 properties lying outside the Conservation District have been designated of historical and architectural value and interest. The downtown section of Niagara-on-the-Lake is a district of unparalleled architecture and historical value, worthy of long term conservation. The town is rich in “visible” history and architecture and is recognized and renowned as such by the nation. The Heritage District Conservation Plan addresses all aspects of the district that make up the distinctive streetscape including the buildings, streets, traffic, car parking, landscaping, lighting, signage and pedestrian amenities. The plan considers each of these features individually and examines how they may be fused together into an effective whole. This plan represents steps taken by the federal, provincial and municipal governments and private property owners to conserve the town’s heritage. It is also a recognition that this downtown area forms an effective and cohesive streetscape of building which should be conserved and planned as a whole. Attractive, successful and prosperous streetscapes do not simply happen. They must be carefully designed and balanced against the whole. 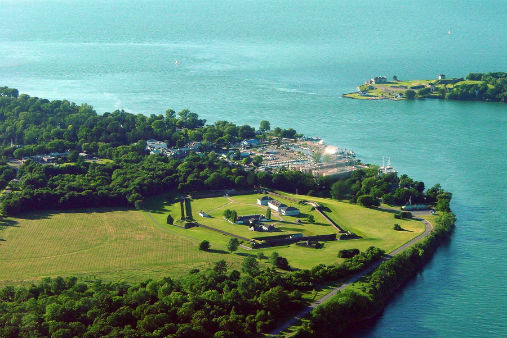 Almost 75% of the Town’s visitors approach its heritage district via Regional Road 55. Their first comprehensive glimpse of Niagara-on-the-Lake’s landscaping splendor is a floral bed at the corner of Mississauga and Queen Streets. Each year, a different special event is featured here in a unique floral design. In 1996, the Communities in Bloom logo was featured and previous years have recognized notable landmark anniversaries for the Shaw Festival, the Town of Niagara-on-the-Lake and Parks Canada. Behind the display, the carefully manicured lawns of the Niagara-on-the-Lake golf course give way to Fort Mississauga, a remnant of the War of 1812, and the wide stretches of Lake Ontario. To the right is Queen Street, the hub of the heritage district and a major floral showpiece where hundreds of immense baskets of flowering plants hang from traditional lamp standards. Lining the street in flower beds and over 100 pots of profusions of tulips, begonias, geraniums, roses, hydrangea, nasturtiums, bluebells, salvia and phlox.

The geographical attributes of Niagara-on-the-Lake have a moderating effect, permitting a temperate climatic condition to prevail, hence in habitants and a large agrarian sector find it accommodating.

Average Seasonal Temperatures for the Town of Niagara-on-the-Lake: 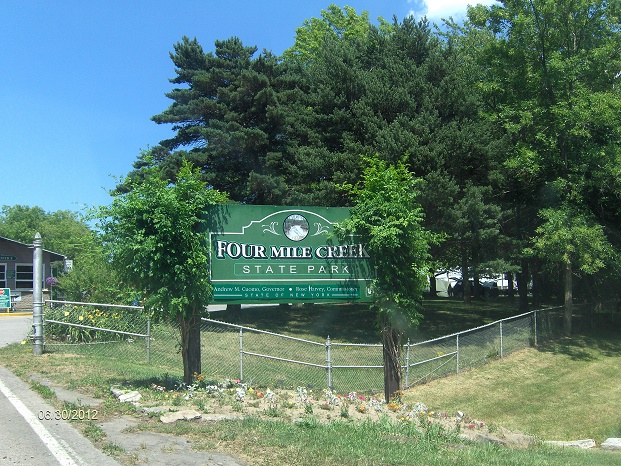 The Town of Niagara-on-the-Lake consists basically of a plain rising gently from the north at Lake Ontario and in the south at the base of the Niagara Escarpment. The contours of land roughly parallel with Lake Ontario forms the southern boundary of Niagara-on-the-Lake from the Welland Canal to the banks of the Niagara River in Queenston with St. Davids having the highest point of elevation. Except for localized drainage to the Welland Canal in the west and the Niagara River in the east, all natural drainage within Niagara-on-the-Lake is to Lake Ontario. The major natural drainage areas are the Two, Four, Six and Eight Mile Creeks, the largest being the Four Mile Creek, running through Virgil and St. Davids. Additional man-made drainage courses have been constructed for agrarian purposes.

Planning for the Future

On-going efforts to ensure the sustenance, maintenance and long-term viability of the Town’s landscaping and heritage ambiance, are a priority with Town Council and residents alike. To assist in securing a permanent and viable landscape for the Town, a number of programs are in place to ensure reforestation programs. “Lose one tree, replace with two” is an official policy of the Town which has also set up a wild flower planting program at the Regional Interchange and Town property located at Irvine and York Roads. In conjunction with its initiative, the Town purchased at a special price from a local supplier, large quantities of wild flower seeds and offered if for sale to residents on a non-profit basis. Tree planting is an integral part of the Town’s plans for the future. Not only does it administer a Tree Fund to encourage residents to donate toward tree plantings on civic-owned properties, but it has an on-going tree planting program to add trees in all municipal areas. The 30 meter perimeter of a 9 hectare open space owned by the Town on Highway 55 is being planted with trees annually. As well, a “Memory Lane” of trees is planned for the new main entrance into the Town at Irvine road at the Queen Elizabeth Way. Residents, businesses and developers alike must respect the volumes of regulations in place protecting our environment. In our municipality, some of the different levels of government agencies and authorities which protect our present and future environments include the Niagara Parks Commission; the Niagara Escarpment Commission (which protects the ecosystem of the escarpment lands); the Niagara Falls Bridge Commission (which oversees the Queenston-Lewiston Bridge spanning the Niagara River between Canada and the United States); the Niagara Peninsula Conservation Authority; as well as recognized local municipal, regional, provincial and federal governments.

Things to do at Niagara on the Lake