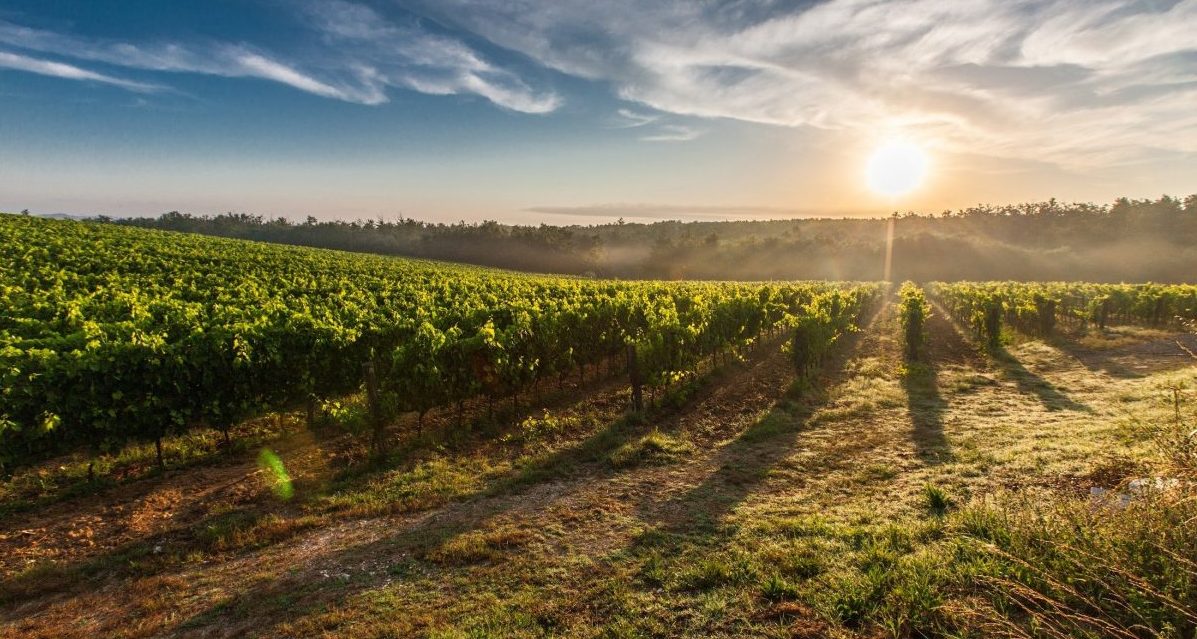 Ontario produces the largest percentage of Canada’s homegrown wine from approximately 15,000 acres of wine grape vineyards. (Another 5000 acres plus are devoted to grapes for juice.) These products range from dry table wines (red and white), to sparkling wines, dessert wines and fortified wines.

The vineyards of Ontario lie in the centre of the world’s wine belt, between 41° – 44°N. While the area does not have a climate identical to other cool climate growing areas of the world within the same band, such as Burgundy or Bordeaux, it shares many aspects with these regions that are crucial to the production of fine wine. Ontario, situated in central Canada, extends further south than any other province in Canada. Its wine grape growing regions are located along a strip of land that parallels the Canada/US border along the northern shore of Lake Erie, as well as along the southern shoreline of Lake Ontario.

The Great Lakes help to provide a temperate continental climate that has contributed to creating a zone in Ontario called the Carolinian Forest, named after the same habitat found as far south as the Carolinas in the United States. It is considered a Canadian national treasure with more species of rare plants and animals than any other place in Canada. Most soils in the grape-growing areas are composed of glacial till or sediments left in glacier-covered rivers and lakes, and clay-loam. The length of the growing season varies. When defined by heat summation units or degree days, the range has been as low as 1060 (°C) or 2000 (°F)-degree days in the coolest vintage (similar to Epernay, France) to 1670 (°C) or 3000 (°F)-degree days in the warmest (similar to Paso Robles, California). Bud break occurs on average from late May to early June with harvest generally beginning in mid-August for French hybrids such as Baco Noir, and mid-September through October for viniferas such as Pinot Noir, Chardonnay, Riesling and Cabernet Franc. Late harvest styles are usually harvested in mid November, with Icewine harvests occurring between mid-December and the beginning of January, depending on the weather.

As in other temperate/continental growing regions, each vintage varies depending on the season. Rain, humidity, cold, and drought can all limit the ripening period; however, Ontario has experienced several excellent vintages in the last decade: 1991, 1995, 1997, 1998, 1999 and 2000. All have had degree days significantly higher than the 30-year average of 1360°C (2480°F).

One harvest that is consistent from vintage to vintage, however, is the Icewine harvest, where winter temperatures are guaranteed to fall below -8°C (18 °F) the traditional and, in Canada, the legal temperature for harvesting Icewine. This temperature, or below, allows the grapes to freeze sufficiently on the vine, and to be harvested and pressed while still frozen. The pressing process is continuous in order to allow the concentrated flavours of the mellowed and honeyed grapes to release their intensely concentrated juices without being diluted by melting ice crystals.

Grape Varieties that Excel in Ontario 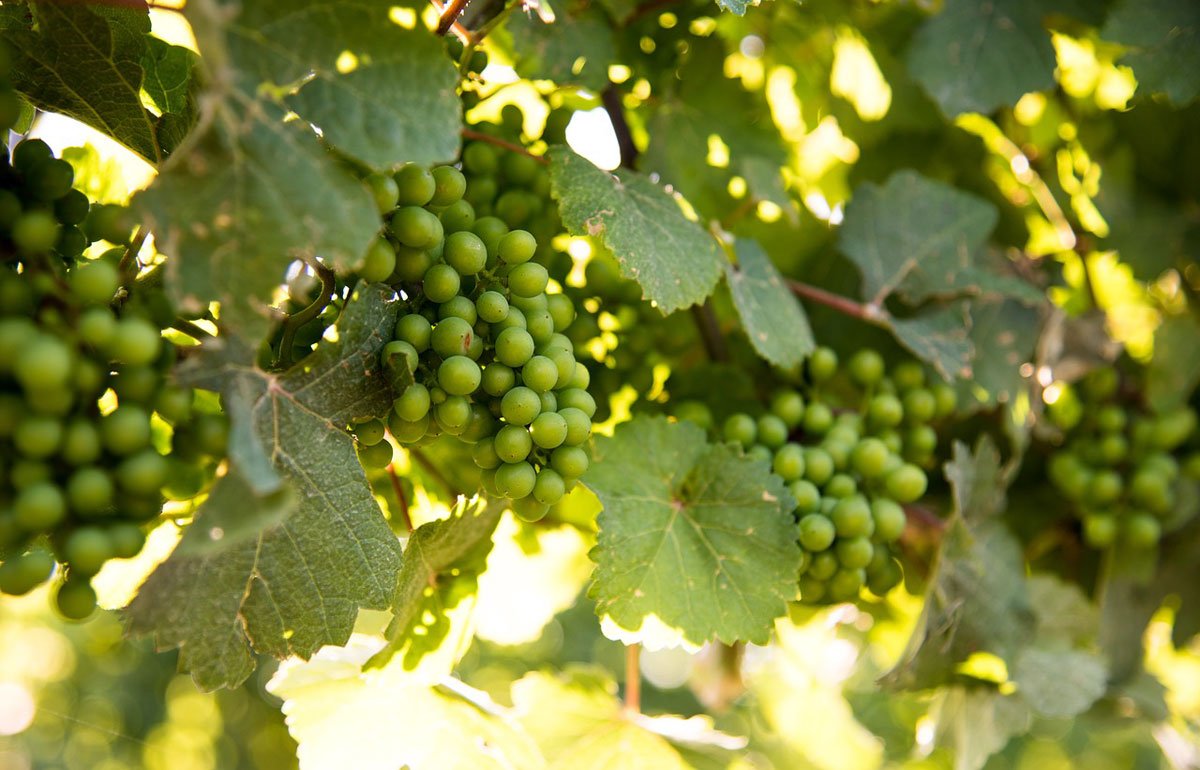 Over 60 varieties of classic European grapes can be grown in Ontario, including several that are emerging as capable of creating wines of great distinction. Among the main white vinifera varieties are Riesling, Chardonnay, Gewurztraminer and Sauvignon Blanc. Promising vinifera reds that have shown great power and elegance in recent vintages are Pinot Noir, Gamay Noir, Cabernet Franc, Merlot, and Cabernet Sauvignon. Two French hybrids, Baco Noir and Maréchal Foch have also demonstrated great versatility and appeal.

How well a grapevine ripens and how healthy it grows is a consequence of the place in which it is grown. Wines of quality will bear the footprint of that place. Because not all growing regions are alike, quality varies. The Vintners Quality Alliance of Ontario (VQAO) has defined three designated Viticultural Areas (VA) in Ontario that are capable of producing finer quality grapes than other growing areas in Ontario: the Niagara Peninsula, Lake Erie North Shore, and Pelee Island.

The Niagara Peninsula is the largest VA in Canada, accounting for 80 percent of Canada’s grape-growing volume. The climate during the growing season is comparable to that of Burgundy, France. As if to compensate, wines grown in such temperate climates can produce superior fruit, with better aromas and more intense flavours than in warmer climates.

It is bordered by Lake Ontario on the north and the Niagara River on the east. Where the Niagara River flows over the Niagara Escarpment, the most predominant topographical feature of the peninsula, the river is transformed into one of the seven great wonders of the world, Niagara Falls. (Highways 20 and 56 form the western boundary and the Welland River the southern.)

The Niagara Escarpment is a 335 metre (575 ft.) high ridge that winds for 725 km (550 miles) from Queenston, Ontario (near Niagara Falls) to Tobermory in northern Ontario, where it continues underwater to Manitoulin Island and then into the state of Michigan in the US. In its journey through Niagara, the Niagara Escarpment forms an east-west spine, the essence of this appellation. A ledge or tier called the Bench runs parallel to the base of the Escarpment where vineyards benefit from the lake’s offshore breezes, which are buffeted back to the lake when they reach the escarpment, maintaining a constant active flow of air. This circulating activity prevents cold air from settling in lower-lying areas during threatening periods of frost.

The region’s temperatures are influenced by Lake Ontario, which acts as a hot water bottle in winter — raising winter temperatures on land from its summer-warmed waters. In spring, breezes from its winter-cooled waters help to hold back the development of fruit buds until the danger of late spring frosts have passed. Lake Ontario also cools the summer air so that grapes do not ripen too quickly, and then keeps the fall air comparatively warm so that the first frost is delayed, thus extending the growing season. Most of Ontario’s wineries are located in the Niagara Peninsula.

The vineyards of Southwestern Ontario cover over 500 acres situated in a favoured mesoclimate along the north shore of Lake Erie in Essex, Kent and Elgin counties, except that part of Kent county lying to the north of the Thames River. The grape growing area stretches along the bow-shaped shoreline of Lake Erie from Amherstburg to Leamington, with a further concentration of vineyards around the town of Blenheim to the east. Soil structures vary from gravely loam to clay and sandy loam. With southern exposure complemented by the moderating effect of the lake, this Viticultural Area produces some of Canada’s finest wines.

Lake Erie is the shallowest of the Great Lakes affording it the warmest surface temperature of the five lakes. This also benefits from an abundance of sunshine, and as a result its fruit often goes to market weeks before that from other parts of Ontario. 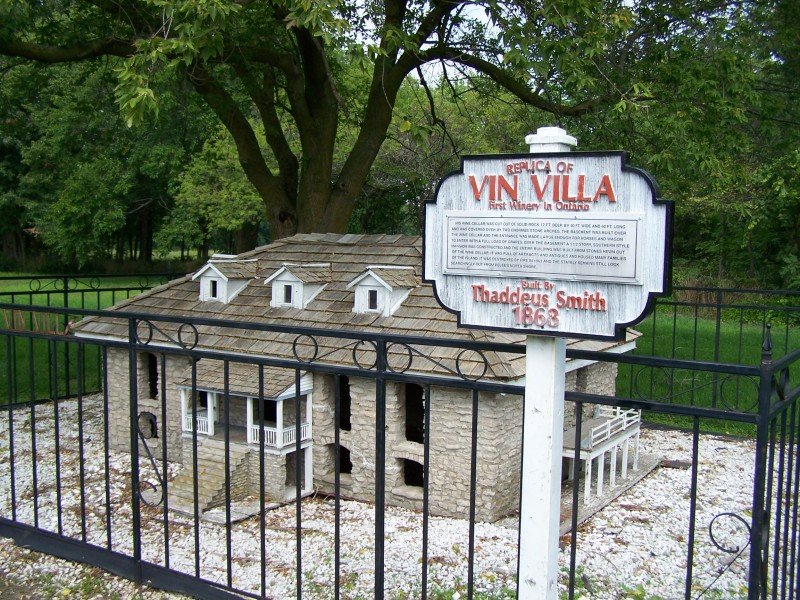 Pelee Island, marginally nearer the equator than Rome, is Canada’s most southerly point, and accordingly, it enjoys a longer growing season than any other wine region in Canada, often thirty days more than on the mainland. Situated in Lake Erie, 25 kilometres (15 miles) off the mainland, Pelee Island has 500 acres under vine. Picking usually begins at the end of August and even late-harvest grapes are in by mid October.

Canada’s first commercial wine growing operation began here in 1866 when a winery called VinVilla opened its doors. The vineyards were replanted with many Vitis Vinifera vines in 1980 and subsequently.

Niagara Region: A Perfect Place for a Wine Tour

admin
August 20, 2019
Thanks for the correction!
Reply