What matters most about the place grapes grow is the climate. Merlot wont grow any better in Jakarta than bananas do in Minnesota. Climate is the long-term weather pattern of a place, and in general, grapes don’t like extreme weather. Some grapes like it colder than others—for instance, Riesling can thrive in Germany’s chilly Mosel-Saar-Ruwer region, the most northerly major wine growing region. Others, such as Grenache, prefer the languorous climes of the Mediterranean, or even Mexico, which is about as close to the equator as wine making grapevines trail.

As a general guideline, the warmer the region, the richer and fruitier its wines. Wines from colder climates tend to have higher acidity, which makes them feel lighter, leaner, less fruity. 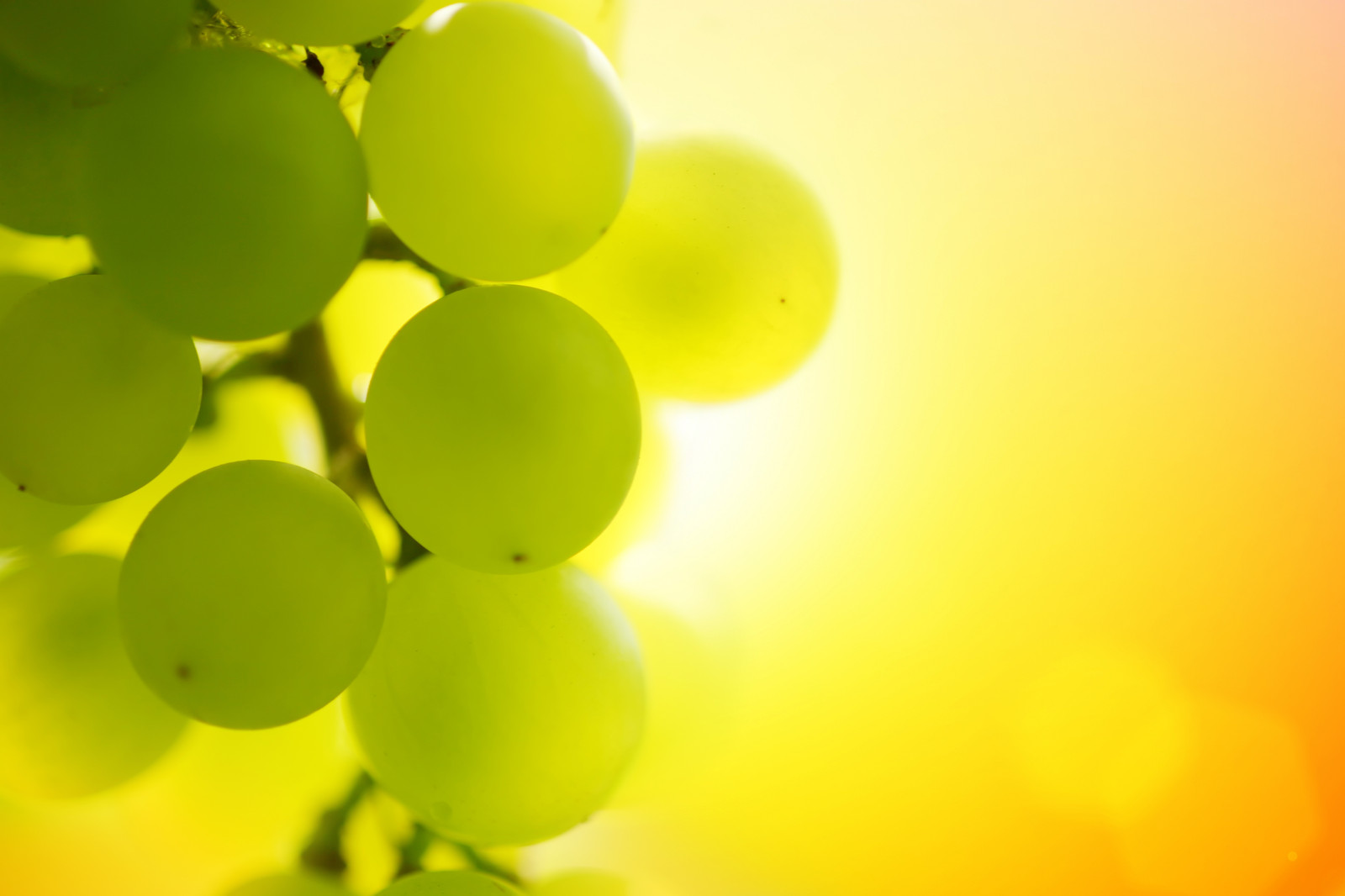 Grapes also need a certain amount of sun, but not too much; in some places where the sun is very strong, winemakers will use the vines own leaves to shade its fruit.

Slopes are also favored for their aid in draining water away from the vines roots. Most grapevines don’t like to have wet feet.

Too little water, and grapes wont form very well; too much, and they wont either. Most of Europe bans the irrigation of wine vineyards, for fear that doing so would make for huge crops of low-quality grapes and thereby dilute the wines regional characteristics. Therefore, the vineyards need to be located somewhere they’ll naturally receive enough moisture, whether from rain, fog, or nearby bodies of water. Think of the famous vineyards of Europe, and youll find many are located near a body of water: Frances Loire Valley (on the Loire River), Bordeaux (defined by the Atlantic and the Gironde, Garonne, and Dordogne rivers), and the Rhone Valley (along the River Rhone), for instance, or Germany’s Mosel-Saar-Ruwer (along eponymous rivers).

In Canada, the United States and other New World countries like Argentina and Australia, irrigation is permitted for grapevines, allowing them to be grown in areas they wouldnt naturally. Even so, most vintners take great care to limit the amount of water they use so as not to encourage excessive growth or waterlogged grapes. Rather than using the old-fashioned flood irrigation, in which the vineyards were literally flooded occasionally, most vineyards today are outfitted for drip irrigation, which drips water slowly at certain time and space intervals. Many vintners today also irrigate only when the vines are young and sensitive, or when drought gets so severe it puts the vines in peril. Either way, it helps to have a natural source of moisture, whether from a nearby lake, rain, or even fog.

Wind works hand-in-hand with water, as water can create humidity, and humidity can make the vines a prime place for mold and fungus to set up shop. If, however, there’s a nice breeze moving through the vines, it’ll dry the grapes before disease sets in. A cool breeze on a hot day also helps the vines maintain equilibrium in the heat.

Not all moldy grapes are bad. There’s a mold called botrytis cinerea that vintners around the world actually court so they can make heavenly sweet wines, like Sauternes. When this mold attacks, it sucks the water out of the berries, leaving behind shriveled grapes filled with sweet, concentrated juice. It also adds its own particular sultry, smoky flavor to the wine.

Ideally, grapevines want a wet winter, so that the ground can soak up enough moisture to hold them through some of the dry spells in summer. They also appreciate spring showers, which help them gear up to send out buds and new shoots. Once the vines produce grapes, though, they’d prefer to soak in sunny warmth, and work on getting the grapes ripe. A few summer showers can provide welcome rehydration, but too much isn’t good. Once the grapes are almost ripe, winemakers pray that rain wont fall, because the grapes might suck up the water and dilute their sweet, concentrated fruit flavors, or, worse yet, burst.

Of course, the type of soil the grapevines grow in also plays in to their need for water.

The Dirt on Dirt, and the Plants It Supports

In Germanys Mosel region, its sometimes difficult to tell how die vines have attached themselves to the ground. The vineyards sit at a precipitous angle to the river below; the soil appears to be sheer, crumbling slate.

In Chateauneuf-du-Pape in Frances Rhone Valley, the slopes aren’t that steep, but the ground looks to be made up entirely of round stones the size of racquetballs, or larger.

In both places, there is dirt—you just have to dig down deep to get to it. Vines tend to like this challenge. The stony layers help water drain away from the stems and channel the moisture deep into the earth, where the roots are. The deeper the roots, the sturdier the vine, and, some think, the deeper flavors die vine will pull from the earth.

Different grapes like different soils: Chardonnay, for instance, has a preference for chalky soils. The particular soils in a vineyard can also affect the flavor of the wine. For example, the Chardonnay-based wines of Chablis, France, are often said to have a chalky, oyster-shell flavor. As it turns out, the wine region Chablis sits on an ancient seabed, and its soils are chock full of decayed oyster shells. While there’s no scientific proof that the vines absorb the particular elements of the shells, the wines taste noticeably different from Chardonnays grown in, say, California.

Other plants that grow around vineyards also factor into the life of the grapevine. Not only do they provide an environment for beneficent insects—the ones that eat the insects that may damage the vines—but sometimes they may lend flavor to a wine, too. In Australian reds, for example, there’s often a minty flavor that some attribute to the eucalyptus trees that frequently grow nearby. Sometimes you’ll hear someone say a wine from Southern France smells of garrigue, the fragrant mix of wild thyme, juniper, and other plants that grow on the warm hillsides.

So, if you have Vitis vinifera vines growing in a comfortably temperate climate on a stony, sun-catching slope where theres enough water to support their life, will you have great wine? Well, chances are better now than if you were using Concords grown in a frigid clime, but the vines need to be treated right to bring out their best.

Looking to book a visit to Niagara-on-the Lake? Be sure to book your bed and breakfast accommodations or check out our list of Niagara wineries. 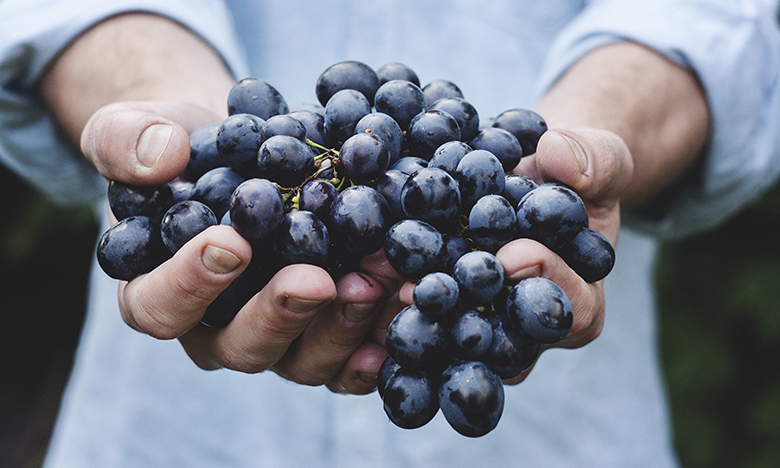